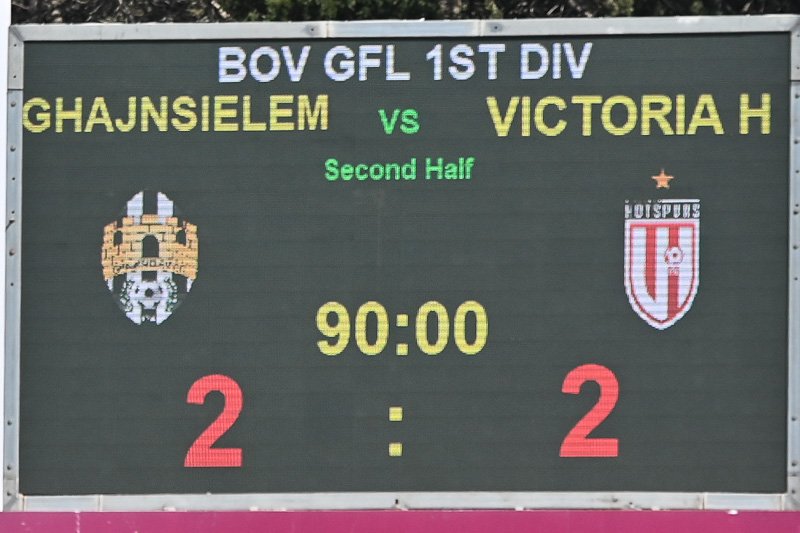 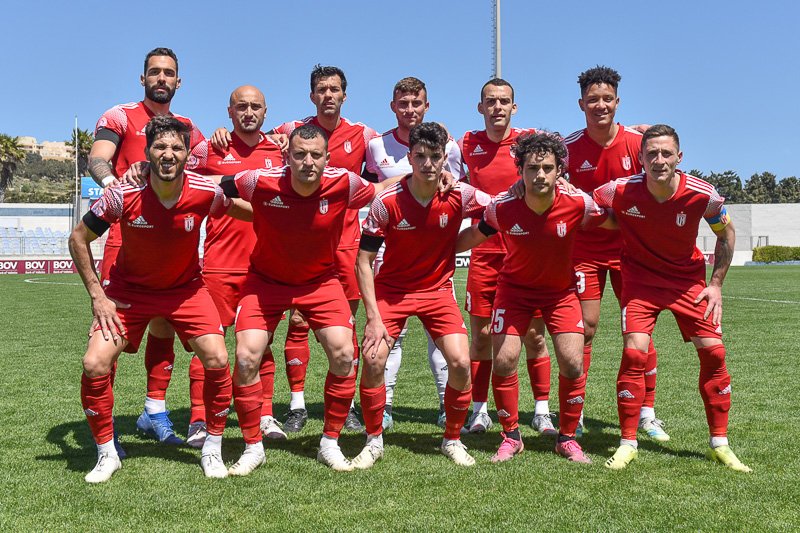 Ghajnsielem and Victoria Hotspurs shared the spoils in a draw of four goals following a well-contested encounter where each team prevailed over the opponent for a half each. Thus it was a just result as the two sides tried hard to obtain the full points at stake. With the point obtained Ghajnsielem are now sure to end the championship as runners-up while Victoria Hotspurs remain in contention to win the third spot on the final table.

The match was conditioned by a strong wind which made it very difficult for the two sets of players to produce a good play. For most of the time, the strikers of the two sides struggled to conclude toward the goal but the goals of the encounter arrived near the end of each half. The final moments of the encounter turned out to be the most exciting of the ninety minutes as Ghajnsielem seemed to head towards a dramatic win but the Hotspurs saved the result by converting a penalty on the stroke of regular time. 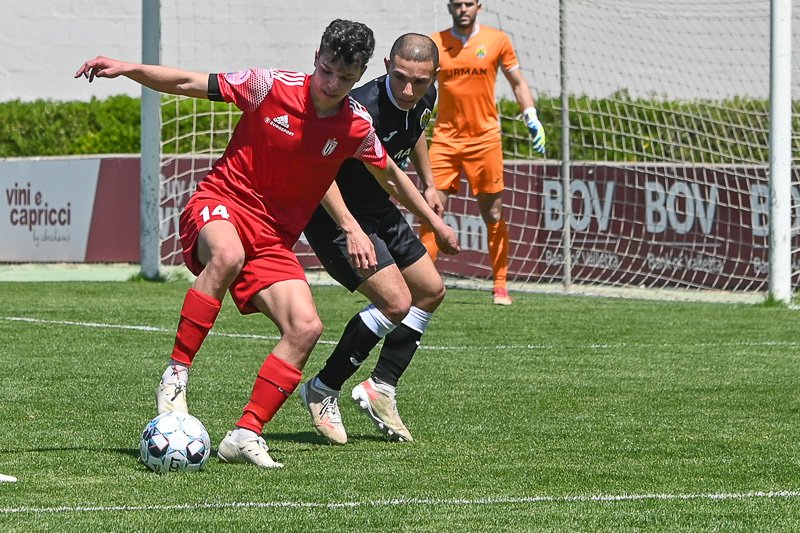 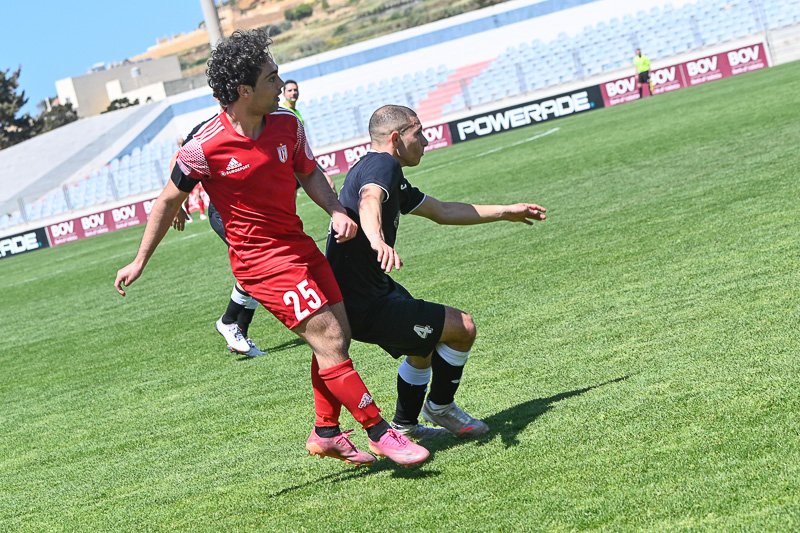 5’ Ghajnsielem’s goalie blocked to a corner a free-kick from an angled position by Robinson Blandon Rendon.

11’ The Hotspurs operated a prolonged action on Ghajnsielem’s defence but a shot by Robinson Blandon Rendon was blocked by the defence and the final shot by Etienne Xiberras missed the target.

21’ Ghajnsielem’s goalie Adrian Parnis once again denied the Hotspurs from scoring when Henrique De Souza Maciel entered the area with a personal action but his close-range attempt was blocked by the goalkeeper and the neutralised the danger with the aid of the defence.

39’ Ghajnsielem’s first scoring opportunity of the first half arrived through a curling shot aimed to the far post by Alberto Xuereb after receiving inside Victoria’s area from Igor Nedeljkovic.

43’ (0-1) The Hotspurs opened the score when Robonson Blandon Rendon won a free-kick just outside the area, the attempt from the set-piece was blocked by the wall but the Columbian striker took the rebound and fired in goal with a low shot that ended out of the reach of Ghajnsielem’s goalie.

45+1’ (1-1) The Blacks had an immediate reaction and levelled the score through a shot directly from a free-kick by Igor Nedeljkovic that surprised Victoria’s keeper Owen Attard.

Ghajnsielem tried to take command of play after the break as it was their turn to have the wind blowing in their favour. However, most of the time, the Hotspurs managed to protect their area and Ghajnsielem’s goalie was called to make some difficult interventions to deny the Hotspurs from scoring.

13’ The same goalkeeper made the best save of the afternoon to turn to a corner a strike by Robinson Blandon Rendon.

16’ Ghajnsielem missed a very good scoring opportunity but a header from an ideal position by Shaun Attard following a cross by Alberto Xuereb ended wide.

29’ Ghajnsielem could have created more danger when Michael Bezzina passed through Victoria’s defence but his shot missed the target.

35’ Victoria’s goalie Owen Attard was well placed and neutralised without difficulty a cross-shot from the right flank by Michael Bezzina.

41’ (2-1) The Blacks turned the result in their favour when Victoria’s defence cleared badly a cross by Igor Nedeljkovic and Ghajnsielem’s substitute Kevin Farrugia took the ball at the edge of the area but had his low shot that was partially saved by goalie Owen Attard and from the rebound the other substitute Johnny Camilleri was at the right place and deposited easily in goal from close distance.

44’ (2-2) penalty The Hotspurs however managed to level the score when they were awarded a penalty for a foul by Jeferson De Souza Ferreira on Olimpio Gabriel Fernandes and Robinson Blandon Randon netted with his shot from the spot-kick. 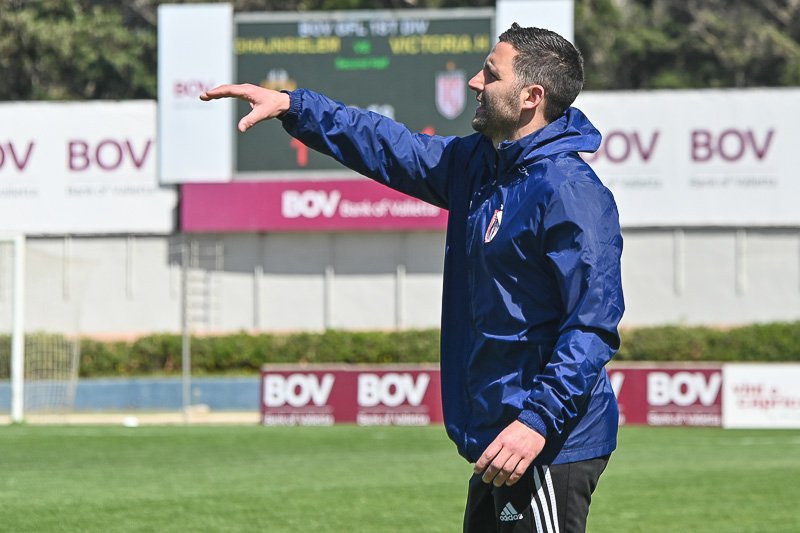 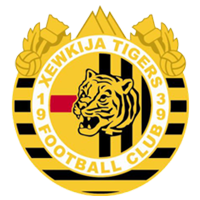