In the first match from the BOV GFA Knock Out competition for the first division Victoria Hotspurs obtained a 2-1 win over Sannat Lions after extra time so that they became the first semi-finalists of the competition.

The two sides arrived to this match with the confidence that they could obtain the qualification as Sannat are going through a good form with their previous two wins in matches from the championship and in the BOV GFA Cup, while the Hotspurs were coming from a large win their the match of the previous weekend from the BOV GFA Cup. However, the two sides showed some limitations in their respective attack as both Sannat and the Hotspurs found it difficult to convert their offensive play in goals. As a result it was not a surprise that the encounter had to be decided in extra time as the score at the end of regular time was a 1-1 draw as happened in the match between the two sides from the first round of the championship in September.

Overall, the Hotspurs deserved the qualification as they held supremacy during the final stages of the encounter and they seemed in a better physical condition to keep forcing until they scored the decisive goal during the opening stages of the first half of extra time. Sannat also ended the match on a negative note as they had their goalkeeper who was sent off minutes away from the final whistle. 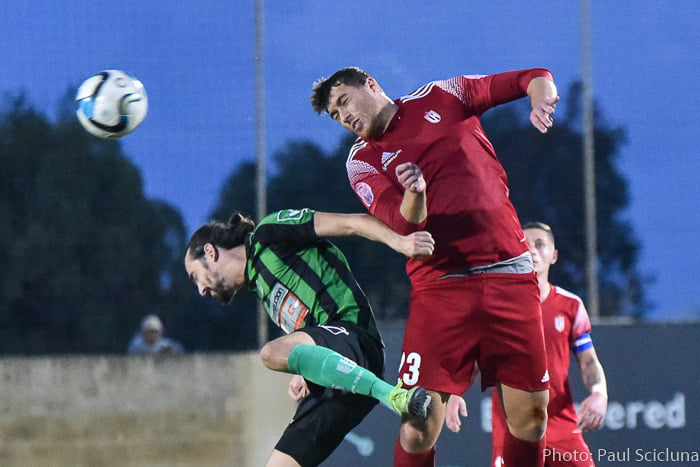 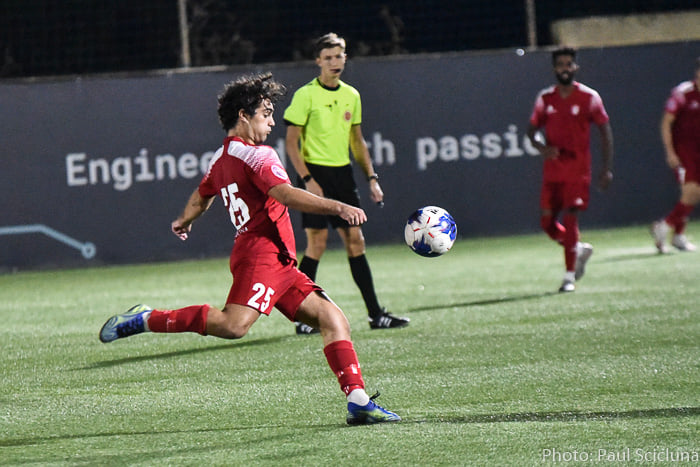 The Hotspurs saw more of the ball for most of the first period but Sannat were well deployed at their defence and the latter were also effective in attack so that neither side managed to prevail of the other by the end of the first half.

3’ Sannat created the first scoring opportunity that arrived through a shot from outside the area by Henry Fabian Solis that almost surprised Victoria’s keeper but the ball ended wide.

10’ The Hotspurs replied with a strike by Kebell Suso Kebba that was neutralised in two attempts by goalie Lorjean Xuereb.

The Hotspurs kept insisting and Sannat were forced to protect their area with more players.

12’ A shot from outside the area by Kakra Boakye-Mensa ended over the crossbar.

13’ The Hotspurs were again dangerous through a strike by Olimpio Gabriel Fernandes that just missed the target.

25’ (1-0) Sannat opened the score when Lucas Silva Gomes took the ball from Victoria’s defence, passed inside the area and fired in goal from close distance.

31’ Sannat’s goalie Lorjean Xuereb was well placed and neutralised an effort from a good position by Olimpio Gabriel Fernandes.

36’ (1-1) The Hotspurs levelled the score when Olimpio Gabriel Fernandes entered Sannat’s area from the left flank with a personal action and fired in goal with a low shot addressed to the far post.

43’ In another good action by the Hotspurs a header by Kebell Suso Kebba from a cross by Olimpio Gabriel Fernandes ended high.

The match continued to be well contested from the early stages of the second period as the two sides seemed determined to take the lead.

3’ The Hotspurs could have capitalised better but a free kick from a good position by Olimpio Gabriel Fernandes was weak and easily saved by goalie Lorjean Xuereb.

5’ Sannat replied through a low shot from outside the area by Lucas Silva Gomes was neutralised by goalie Owen Attard.

8’ Victoria’s goalie was again called to make a good save following a strike from long distance by Lucas Baretto Da Silva.

17’ Sannat could have regained the lead when Henry Fabian Solis entered Victoria’s area from the left but his lob from a good position missed the target.

23’ An effort by Victoria’s Kakra Boakye-Mensa was weak and saved without difficulty by goalie Lorjean Xuereb.

24’ Sannat also failed to create danger when a shot from outside the area by Lucas Silva Gomes ended away from goal.

27’ Sannat’s goalie Lorjean Xuereb was called to make a difficult save to turn to a corner a fine strike from outside the area by Kakra Boakye-Mensa.

28’ From the resultant corner action, Sannat’s defence cleared the ball from the area but Victoria’s Damon Hili saw his shot that ended just wide.

The Hotspurs increased their efforts and kept pressure on Sannat’s defence, while the latter operated with counter breaks.

31’ An attempt from a free kick by Olimpio Gabriel Fernandes got a deflection and the ball ended to a corner.

35’ Sannat’s goalie was again called to make a difficult intervention when he saved to a corner a shot from an angled position by Damon Hili.

38’ The Hotspurs were again dangerous through a low shot by Olimpio Gabriel Fernandes from outside the area that was neutralised by Sannat’s keeper.

43’ The Hotspurs lost a golden scoring opportunity when Kakra Boakye-Mensa delivered a low cross from the right flank towards the goalmouth but Kebell Suso Kebba incredibly lifted over the crossbar with an open goal at his mercy so that the score remained unchanged until the end of regular time.

The Hotspurs maintained their momentum from the opening minutes of the first half of extra time.

5’ (1-2) Victoria turned the result in their favour when Damon Hili produced a good move from the right flank and from his low cross Christian Vella surprised Sannt’s goalie with a low shot.

9’ The Hotspurs were again dangerous from a direct free kick by Elkin Serrano Valero that was saved to a corner by goalie Lorjean Xuereb.

10’ Sannat’s keeper was again called to make a difficult save to block a strike from an angled position by Andre Azzopardi.

Sannat’s reaction arrived during the first minutes of play of the second period of extra time but the Hotspurs defended well and goalie Owen Attard was not called to make difficult interventions.

5’ Sannat had an attempt from long distance through Lucas Baretto Da Silva that ended high.

9’ (red card) Sannat suffered a setback when they had goalie Lorjean Xuereb who was sent off for a foul outside the area on Victoria’s Kebell Suso Kebba. 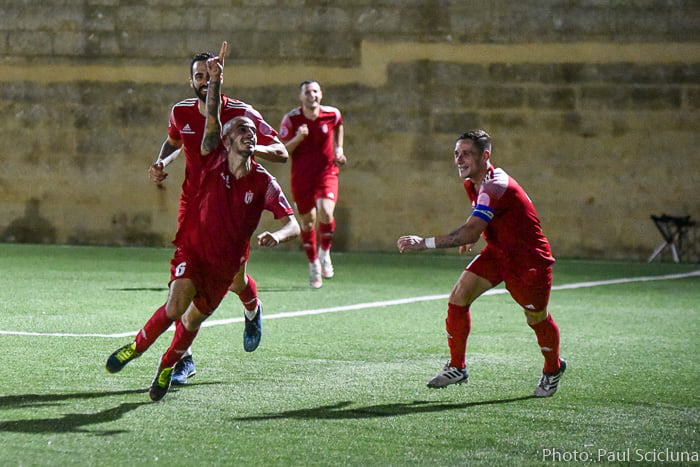 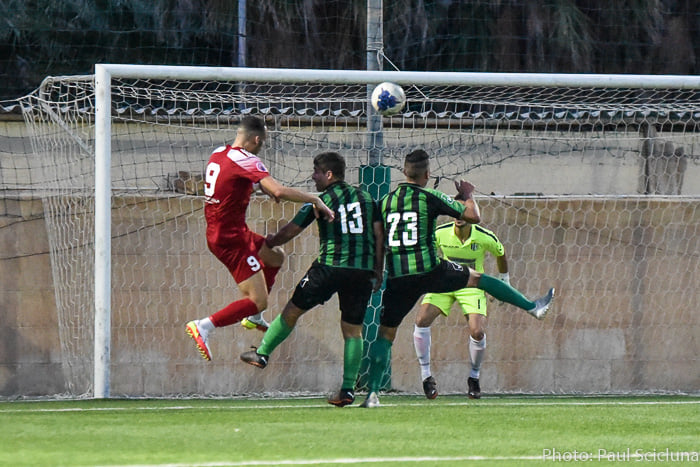 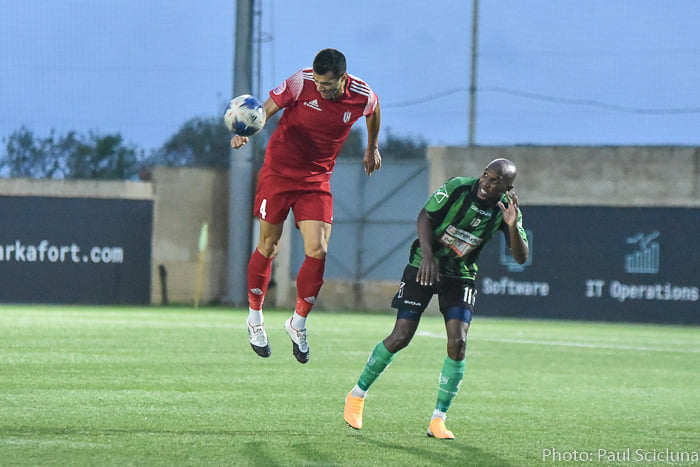 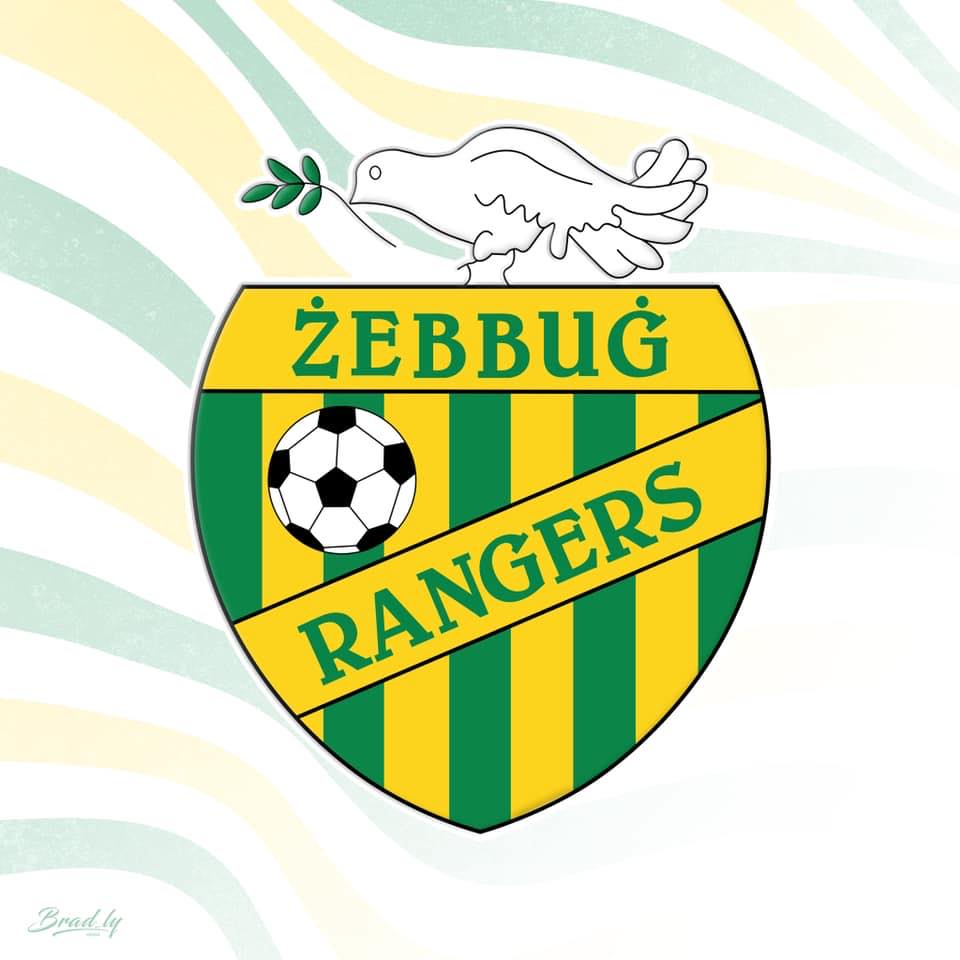 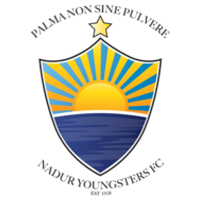