Victoria Hotspurs obtained three deserved points from a convincing win over Sannat Lions in the first match of the second round for the two sides. This was an important match for both Victoria and Sannat. The latter were aiming to defend their three-point lead over the Hotspurs, while the Hotspurs were determined to start the second round with a win and reach the same Sannat at a more comfortable mid-table position. However, the Hotspurs were more offensive throughout the encounter and could have put their minds at rest at an earlier stage.

The Hotspurs paved the way to the win by scoring two goals during the first part of the match but had to wait until the last phase of the encounter to make sure of the win by scoring three more goals. Sannat struggled to resist to Victoria’s territorial supremacy and conceded many scoring opport 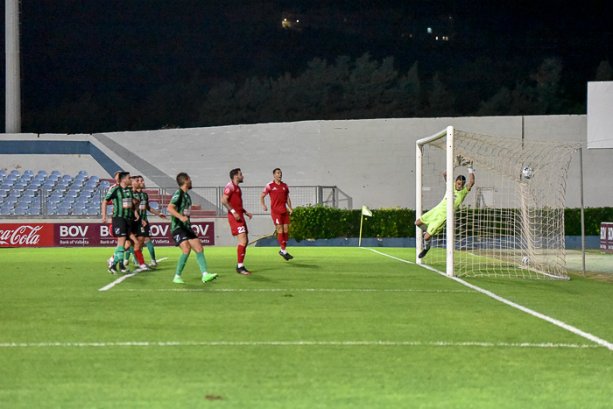 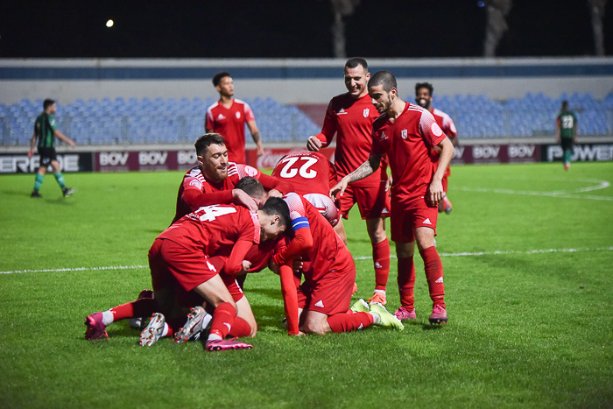 The Hotspurs were more offensive from the beginning of the match but Sannat were not demoralised and remained in contention for a positive result until the end of the first half.

8’ (1-0) Victoria Hotspurs opened the score when Olimpio Gabriel Fernandes entered Sannt’s area with a personal action and after exchanging the ball with Andrea Debrincat so that he arrived face to face with the goalkeeper and concluded easily in goal from close distance.

12’ The Hotspurs were again dangerous through a strike by Boakye-Mensa that ended high.

14’ (2-0) Victoria doubled the score when they won a free kick at an angled position just outside the area and Robinson Blandon Rendon fired in goal directly from the set-piece with a spectacular strike.

16’ (2-1) Sannat managed to re-open the issue with a goal that arrived through an initiative by Nebojsa Biculjevic who passed outside Victoria’s area with a personal action and surprised the goalkeeper with a fine shot that ended at the upper corner of the net.

19’ Sannat grew in confidence and were again dangerous with a shot by Ryan Grech from outside the area, following a corner action, that ended wide.

29’ The Hotspurs could have regained a two-goal lead but a header by Olimpio Gabriel Fernandes from close distance that got a deflection by the defence to a corner and from the same corner action a low shot by the same Fedrnandes was neutralised in two attempts by goalie Lorjean Xuereb.

36’ Sannat replied through a shot from outside the area by Aaron Azzopardi that was easily saved by goalie Daniel Spiteri.

38’ Victoria could have capitalised better but Boakye-Mensa concluded badly when he was just outside the area without any pressure from the opponents.

41’ Sannat’s goalie Lorjean Xuereb was well placed to save a low shot from outside the area by Olimpio Gabriel Fernandes.

42’ The same goalkeeper was called to make a good save to block a low shot by Andrea Debrincat.

45+1’ The Hotspurs missed another opportunity to re-establish the two-goal lead but Andrea Debrincat hit badly when he was at an ideal position so that the defence blocked the attempt and cleared the danger to a corner.

The Hotspurs continued to dictate matters from the beginning of the second half although during the opening stages they found it very difficult to create good scoring opportunities.

17’ Sannat almost surprised the Hotspurs when the defence cleared badly inside their area but Matthias Michael Uzor ended on the floor following pressure by the goalkeeper and a defender so that the striker missed the opportunity to conclude towards goal from close distance, among protests for a penalty.

23’ (3-1) The Hotspurs scored their third goal that arrived through an acrobatic first timer by Christian Vella from outside the area following the clearance of Sannat’s keeper from a corner action.

30’ Victoria could have added another goal when Boakye-Mensa entered Sannat’s territory with a personal action but his low drive ended wide.

31’ Sannat were dangerous but a header by Matthias Michael Uzor from a free kick by Aaron Azzopardi ended high.

34’ (4-1) The Hotspurs practically made sure of the win when Olimpio Gabriel Fernandes delivered a cross towards the goalmouth from the left flank and Kakra Boakye-Mensa headed in the net from close distance.

37’ (5-1) Victoria scored the fifth goal when Andrea Debrincat received the ball inside Sannat’s area from substiute Damon Hili and placed in goal with a low drive towards the far post.

43’ (5-2) Sannat reduced the deficit when Henry Fabian Solis took the ball from Victoria’s defence by intercepting a back pass, turned around the goalkeeper and placed easily into an open goal. 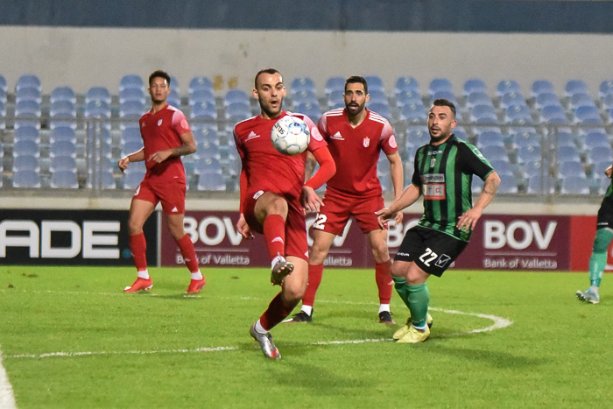 Hotspurs get back to winning ways