Third Defeat for the Hotspurs

Third Defeat for the Hotspurs

The match was quite interesting during most of the first period as the two sides showed that they have the potential to take the lead. However, the turning point of the encounter arrived near the end of the first half when the Hotspurs missed a golden opportunity to open the score by missing a penalty kick and in the following action Ghajnsielem scored the first goal of the encounter. The Blacks managed also to double the score during the opening minutes of the second half so that the Hotspurs were demoralised and failed to produce a reaction. As a result Ghajnsielem dictated matters and the Citizens ended with ten players and conceded the third goal near the end of the match.

The Hotspurs seemed more motivated during the opening stages and were more direct in their offensive actions while Ghajnsielem’s manoeuvre was elaborated and found it difficult to put their opponents under pressure. For most of the time however, play took place in the midfield as the two defensive departments prevailed over the respective strikers

3’ (protests for penalty) Victoria Hotspurs protested for a penalty when Ghajnsielem’s goalie Adrian Parnis tried to take the ball from Andrea Debrincat who was released inside the area by Olimpio Gabriel Fernandes.

7’ The Hotspurs were dangerous through a strike form outside the area by Olimpio Gabriel Fernandes that got a deflection by Ghajnsielem’s keeper and play resumed with a corenr kick for the Citizens.

15’ Ghajnsielem replied through a shot by Shaun Attard after receiving from Michael Bezzina but the ball ended just wide.

21’ A low shot by Ghajnsielem’s Daniel Farrugia missed the target.

26’ The Hotspurs could have capitalised better when Ghajnsielem’s defence cleared badly a free kick by Kakra Boakye-Mensa and the ball arrived to an unmarked Olimpio Gabriel Fernanades who fired over the crossbar from a good position.

42’ (penalty missed – saved) the Hotspurs were awarded a penalty for a foul by Daniel Farrugia on Kakra Boyake-Mensa but Ghajnsielem’s keeper Adrian Parnis managed to save the shot for the spot kick by Olimpio Gabriel Fernandes.

44’ (1-0) Ghajnsielem punished their opponents for the missed opportunity in the following action when Kurt Grima delivered a cross from the right flank and Kevin Farrugia came from behind the defence and headed in goal.

After the break Victoria were surprised by Ghajnsielem’s aggressive play and practically compromised the possibility to recover the deficit during the opening minutes.

2’ Ghajnsielem’s Igor Nedeljkovic entered the area but his shot on the run ended just wide.

2’ (2-0) From the resultant goal-kick, the Blacks gained possession and Kurt Grima surprised Victoria’s defence and the goalkeeper with a cross-shot from the right flank to put his side in the driving seat for the rest of the second period.

10’ Victoria’s keeper Daniel Spiteri was called to make a good intervention to save in two attempts a low shot by Shaun Attard from the edge of the area.

15’ The Hotspurs replied through a header by Andrea Debrincat following a cross from the right by Jason Pace that ended wide.

31’ Victoria were again dangerous through a shot by Kakra Boakye-Mensa that was neutralised by goalie Adrian Parnis.

33’ Ghajnsielem’s player-coach Daniel Bogdanovic returned to the field of play at the age of 41, after almost one year, as a substitute to his son Dejan.

37’ (red card) The Hotspurs were reduced to ten players when Kebell Suso Kebell was sent off after received a second yell card for comments towards the match officials.

38’ (3-0) Ghajnsielem put their minds at rest for the win by scoring the third goal when substitute Daniel Bogdanovic delivered a cross from the right flank and the other substitute Johnny Camilleri headed easily in goal form close distance. 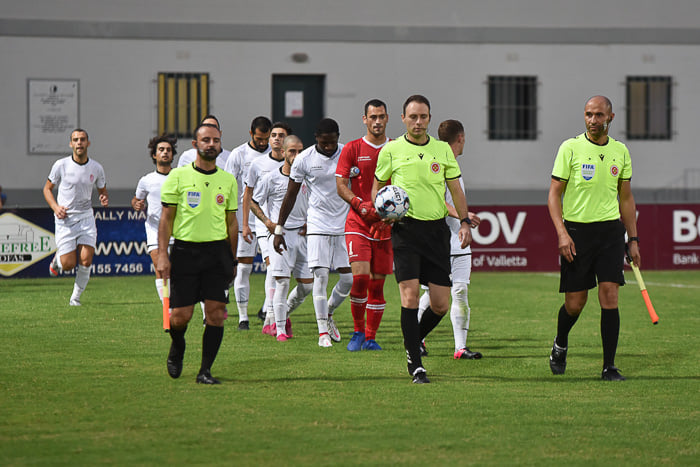 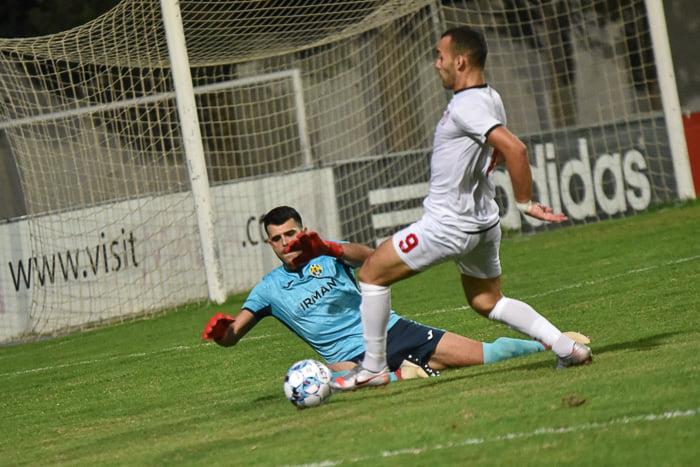 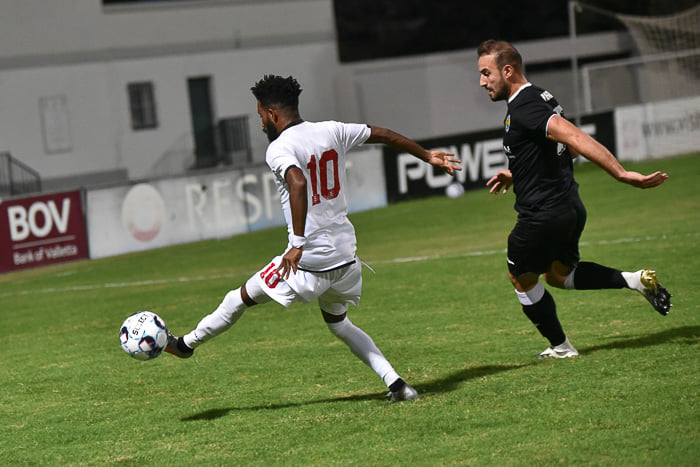 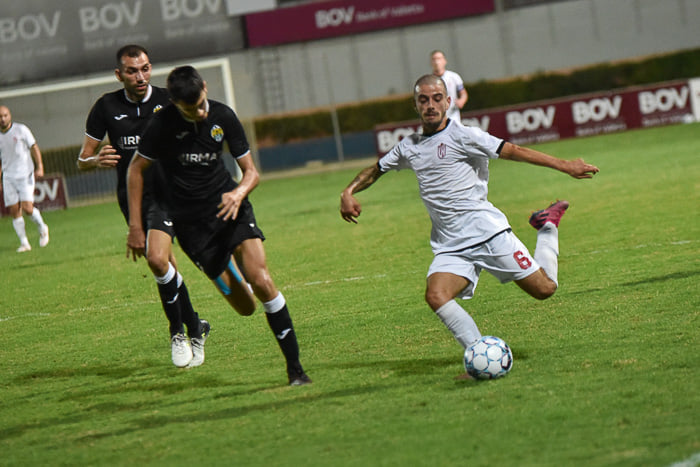