Victoria Hotspurs obtained a 3-1 win in the derby match against SK Victoria Wanderers so that they moved to a more comfortable mid-table position after obtaining just one point in their previous two matches. The two sides were aiming for the first win in the championship, although a draw could have earned the first point to the Wanderers. The match turned out into an interesting encounter for the first hour of play but as soon as the Hotspurs scored the second goal, the issue lost much of the interest as the Wanderers seemed demoralised while the Hotspurs pulled their foot from the pedal. The Hotspurs also managed to seal the win by scoring the third goal.

The Hotspurs tried to take command of play from the early stages but the Wanderers were in good shape and kept the danger away from their area.

8’ The Wanderers had the first scoring opportunity of the encounter but a free kick by Emerson Zammit ended high.

13’ The Hotspurs replied through a strike from a long distance by Kakra Boayke-Mensa that missed the target.

15’ A curling shot by Gabriel Olimpio Fernandes of Victoria Hotspurs was weak and goalie Giacomo Ratto saved without difficulty.

22’ Victoria Hotspurs could have created mire danger when Andre Azzopardi delivered a cross inside the area from the left flank but Kebbell Suso Kebba failed to connect.

29’ (protests for penalty) The Hotspurs protested for a penalty when a cross by Olimpio Gabriel Fernandes had a cross inside the area following a personal action that got a deflection by a defender.

33’ Victoria Hotspurs could have opened the score when striker Kebell Suso Kebba took the ball following a miss-kick by a defender, entered the area but goalie Giacomo Ratto managed to neutralise in two attempts.

37’ In another occasion by Victoria Hotspurs and effort by Olimpio Gabriel Fernandes ended high.

41’ The Hotspurs had their best scoring opportunity when a shot from long distance by Andrea Debrincat was partially saved by the goalkeeper and the ball hit the post.

42’ Another shot from outside the area by Kebell Suso Kebba of Victoria Hotspurs ended wide.

For the second period the Hotspurs came out more aggressive and paved the way to the win wth two goals that arrived in the space of six minutes before the hour mark.

8’ (0-1) The Hotspurs opened the score when the Wanderers failed to clear the ball from their territory and Kebell Suso Kebba surprised the keeper with a strike from outside the area.

9’ The Wanderers replied through a header by Gabriel Cardona following a corner kick by Emerson Zammit that ended wide.

13’ (0-2) (penalty) The Hotspurs were awarded a penalty when Kakra Boakye-Mensa entered the area but was floored by Oliver Curmi, and Olimpio Gabriel Fernandes converted form the spot kick.

18’ The Wanderers had an attempt from an angled position by Kersten Grima that was saved in two attempts by goalie Daniel Spiteri and seconds later the same goalkeeper was well placed to neutralise a cross shot from the right flank by the same Grima.

31’ (0-3) The Hotspurs made sure of the win by scoring the third goal that arrived through a strike outside the area by substitute Damon Hili that ended out of the reach of the goalkeeper.

40’ The Wanderers replied by Aud-Gustine James Obaje who had a low shot that was easily saved by goalie Daniel Spiteri.

43’ (1-3) The Wanderers managed to score a consolation goal through a header by Aud-Gustine James Obaje following a free kick by Emerson Zammit.

45’ (protests for penalty) The Wanderers protested for a penalty when Aud-Gustine James Obaje ended on the floor in the area in an attempt to take the ball before the goalkeeper who was also protected by Elkin Serrano Valero. 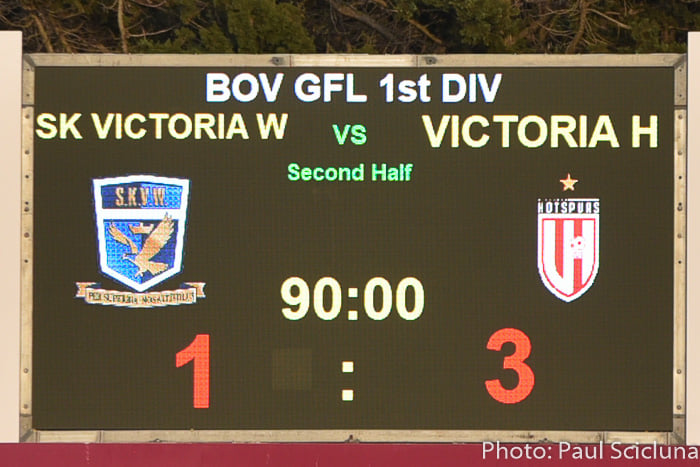 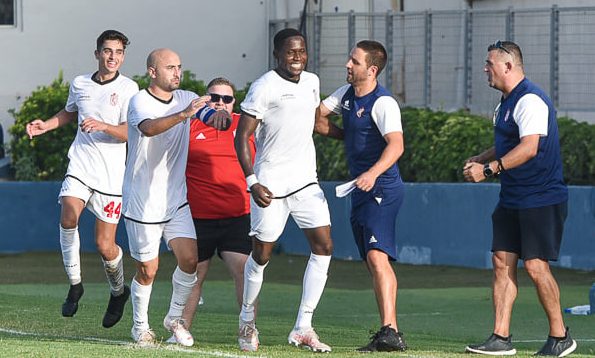 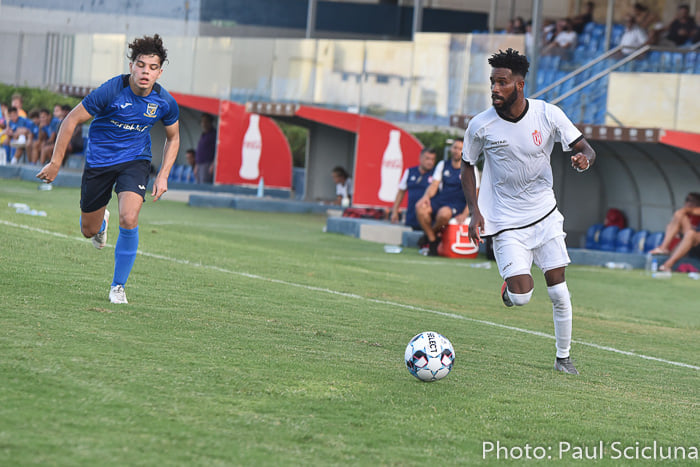 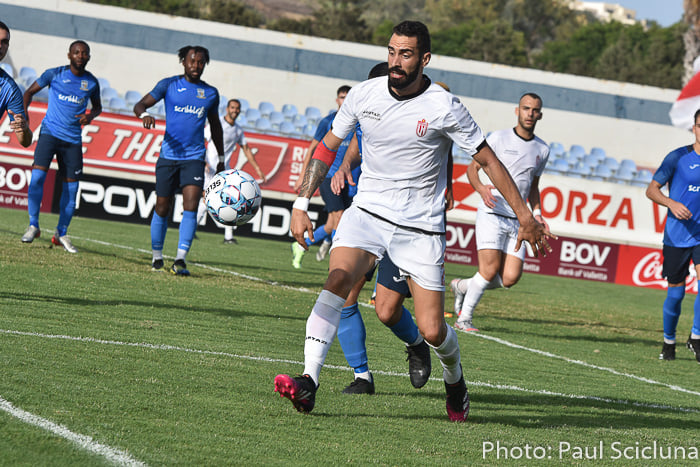 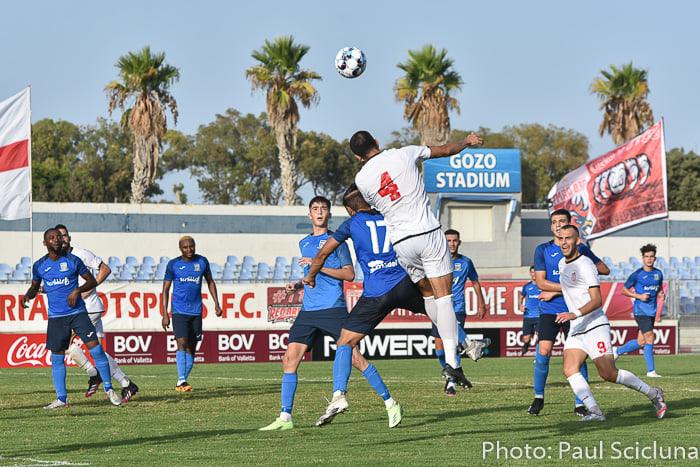