The match turned out into an exciting encounter and it was not a surprise that it ended in a dramatic way. The two sides created offensive play during the first period and both had some good scoring opportunities. After the break the Hotspurs took more of the initiative but failed to capitalise from their territorial supremacy so that during the dying moments of the encounter, when the match seemed heading to a goalless draw, Kercem surprised their opponents with counter breaks and scored a last-gasp goal that earned them the third win from four matches in the championship.

Timeline
During the first period the issue was quite balanced with the two sides sharing play in the midfield and both teams could have ended the first half in the lead as the actions at goal were at the two ends of the field.

8’ (crossbar) Victoria Hotspurs could have opened the score but a header by Kebell Suso Kebba following a corner kick by Kakra Boakye-Mensa was stopped by the crossbar.

19’ (goal disallowed) The Hotspurs had a goal scored through a tap-in by Kebell Suso Kebba, following a low cross by Olimpio Gabriel Fernandes, that was disallowed for an offside infringement.

27’ Kercem replied through an initiative by Ismael Belhadj who delivered a low cross from the right towards the goalmouth but Sebastien Martinez Turizo failed to connect and the ball ended wide.

32’ (post) The Ajax kept insisting and were also unlucky when Euller Da Silva Rodrigues passed through Victoria’s defence but his strike from the edge of the area was stopped by the post. Kercem’s Nathaniel Mercieca took the rebound but his shot from an angled position was blocked by goalie Daniel Spiteri.

37’ The Hotspurs could have capitalised better when Kercem’s defence failed to clear the ball from the area following a corner action but Elkin Serrano Valero and Andrea Debrincat both missed the opportunity to hit towards goal so that at the end the ball ended wide.

42’ (goal disallowed) Kercem’s Andrew Mizzi had a good low shot that was partially saved by Victoria’s keeper Daniel Spiteri and from the rebound Wesley Simeao Dos Santos concluded in the net but the goal was disallowed for an offside infringement.

44’ Victoria’s keeper was well placed and neutralised a strike from long distance by Nathaniel Mercieca.

The Hotspurs seemed more adventurous from the initial stages of the second period and produced some pressure on Kercem’s defence.

2’ The Hotspurs were dangerous through a lob from close distance by Andrea Debrincat following a cross for the right flank that missed the target.

5’ In another offensive action by the Citizens, a header by Kebell Suso Kebba following a cross by Olimpio Gabriel Fernandes ended wide.

7’ Victoria’s Andrea Debrincat had another opportunity to open the score but his header from a corner kick by Kakra Boakye-Mensa ended high.

13’ The Hotspurs continued to be very erratic in front of Kercem’s goal as the latter were suffering Victoria’s play on the right flank. On this occasion, it was Kebell Suso Kebba who failed to hit the ball from close distance following an inviting cross by Kakra Boakye-Mensa.

As time passed by Kercem managed to neutralise better Victoria’s play but they continued to find it difficult to operate offensive play so that the two goalkeeper were only called to carry out normal administration. However, the final moments of the encounter were quote dramtic and the victory could have gone either way.

38’ Victoria’s Jason Pace delivered a cross inside Kercem’s area from the left flank, Elkin Serrano Valero headed towards the goalmouth but substitute Lucas Farrugia and Kebell Suso Kebba both failed to hit from close distance so that the goalkeeper.

39’ Kercem replied through a personal action by Wesley Simeao Dos Santos who entered the area and released Andrew Mizzi but the latter hit badly and the goalkeeper saved without difficulty.

44’ (1-1) The Hotspurs had an immediate reaction and levelled the score through a close ranged header by Elkin Serrano Valero following a free kick from the left flank by Jason Pace that surprised Kercem’s rear guard.

45’ Victoria’s Olimpio Gabriel Fernandes had a low shot from outside the area that was saved without difficulty by goalie Gaetano Bugeja.

45+2’ (1-2) Kercem regained the lead and scored the decisive goal of the encounter when Luiz Henrique Santana Motta released Euller Da Silva Rodrigues from the midfield and the latter entered Victoria’s area and turned around the goalkeeper before he deposited the ball into an open goal among the celebrations from all his colleagues on the field of play and on the bench and protests from Victoria Hotspurs alleging an offside position of the scorer. 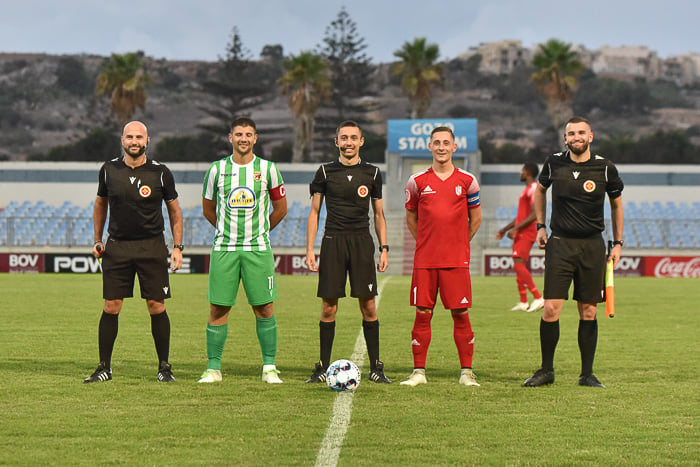 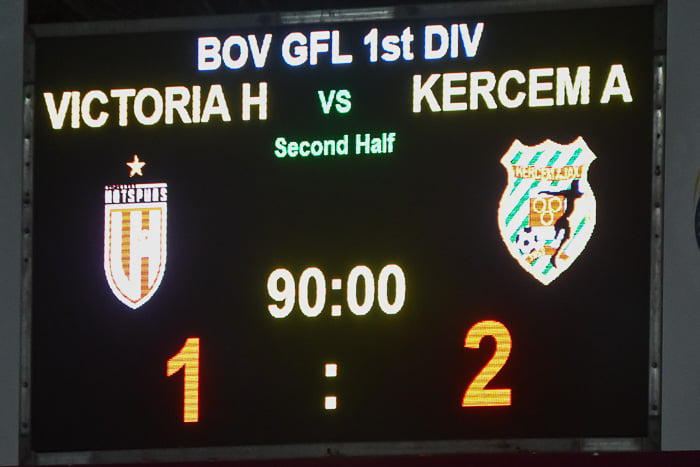 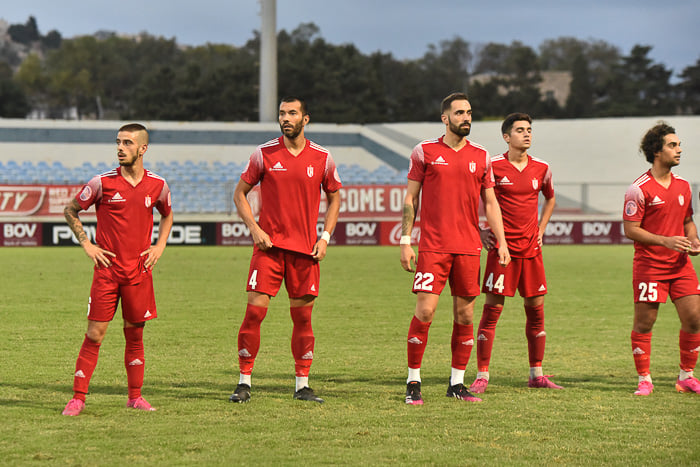 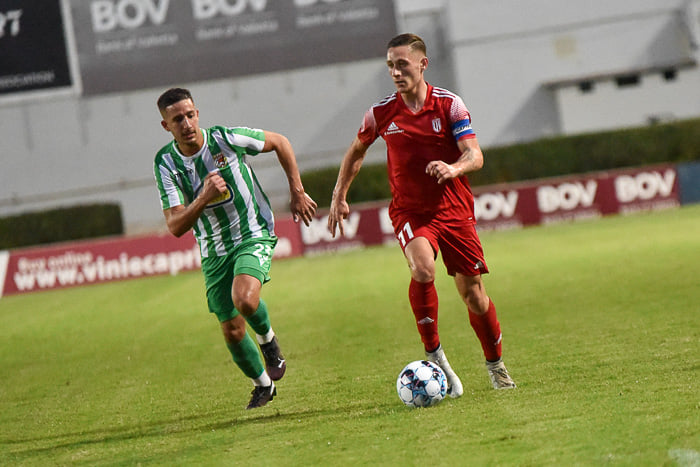 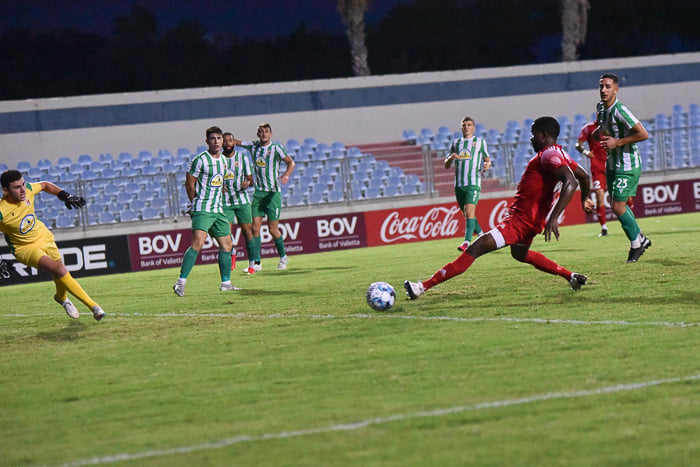 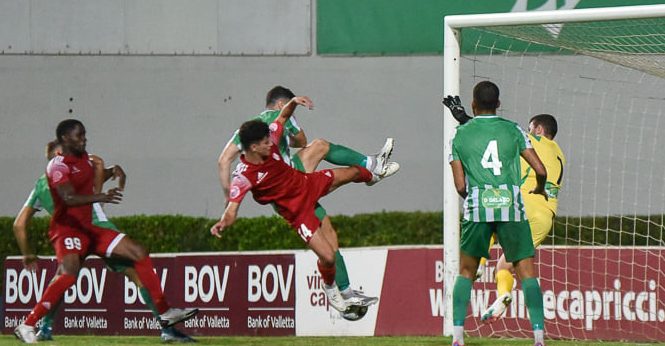 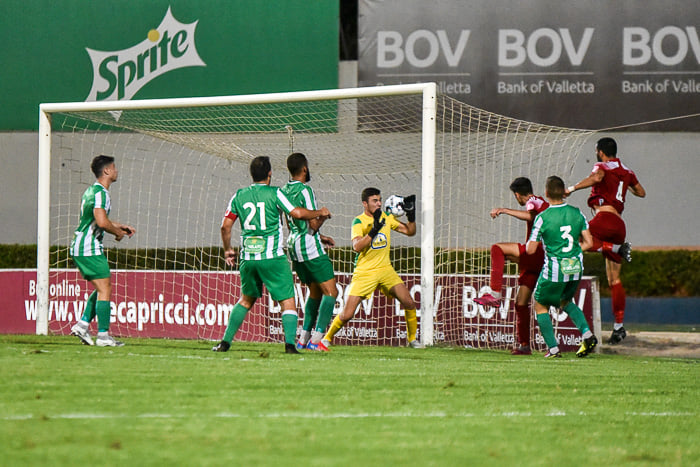 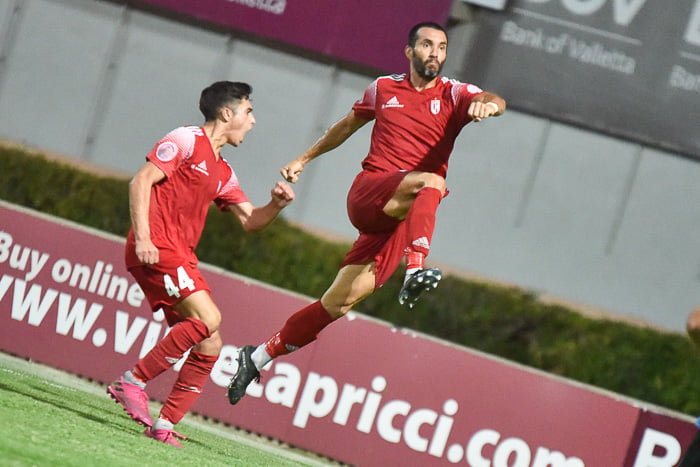 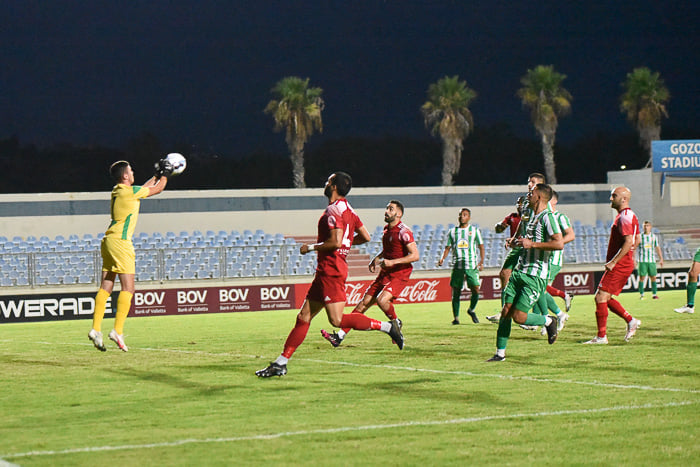