As the score indicates Victoria Hotspurs eased past both Maltese teams with a display of flowing, attacking football.

The scorers of the match against Mdina Knights were Elton da Silva (3), Emiliano Lattes (1), Henrique Maciel (1) and Dylan Bellotti. 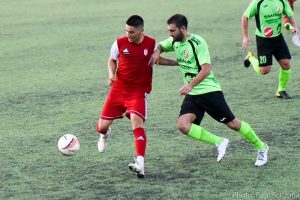 The scorers of the match against Siggiewi Fc, played at the Sirens Ground in Malta were Emiliano Lattes (2), Henrique Maciel (1) and Elton Da Silva (1).
In the Second Round Victoria Hotspurs FC will be playing against Xaghra United FC.