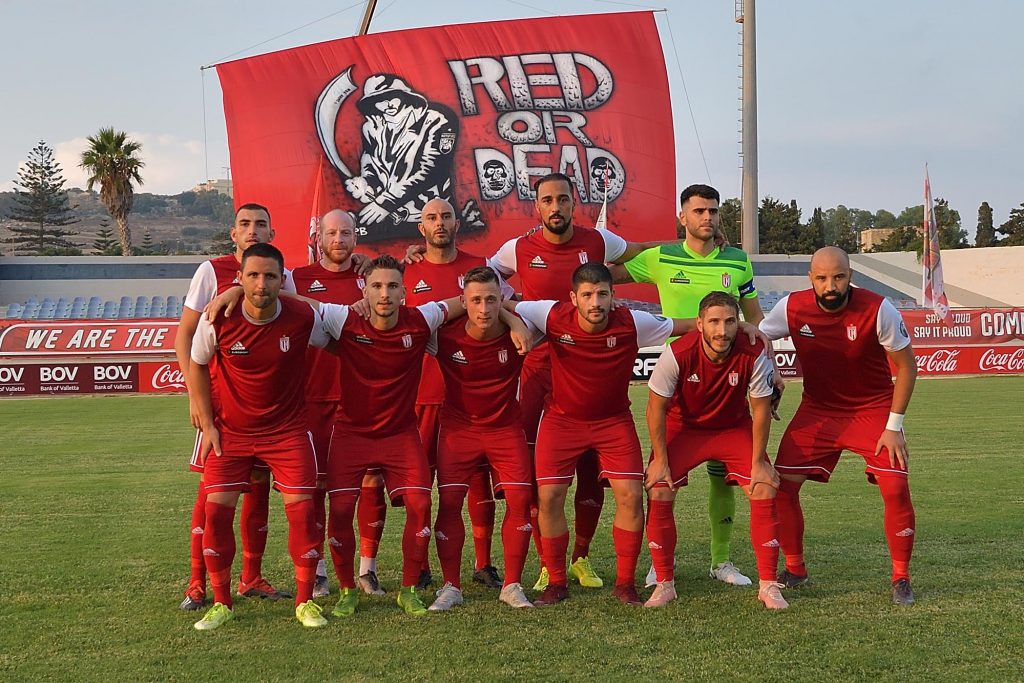 The Gozitan football season 2019/2020 started official with the final of the GFA Super Cup that was contested by Victoria Hotspurs, who are the champions and winners of the BOV GFA Cup for the last football season, and Nadur Youngsters who were finalists in the last BOV GFA Cup.  The match was not only a repetition of the last BOV GFA Cup final, but also a clash between the two sides who were the main challengers for the title last season. The GFA Super Cup final lived up to the expectation as the two sides confirmed their strong potential to aim for the main honours in Gozitan football this season.  In this match, however, Nadur seemed in a better shape that their opponents and ended up winning the first trophy of the new season with a deserved 3-0 win. This was the eighth time that Nadur won this prestigious honour and through this success the Youngsters also ended a spell of four years since they have lifted a major honour in Gozitan football.

As expected the two sides fielded most of their new signings.  The Hotspurs made few changes from the squad that dominated the Gozitan football during the last two seasons and introduced central defenders El Mehdi Sidqi and Stefano Biancardi.  Victoria’s coach Gotthard Conti however made changes in the deployment of players in the midfield as Christian Mercieca and Jonathan Bajada took a central position on the field of play.  Defender Carlos Abela made his debut for Victoria as he came in as a substitute during the second period of the match. Nadur had more changes from the team that failed to win at least one honour last season.  The new coach Mark Buttigieg had goalie Steve Sultana who was returning with Nadur after a number of seasons with other clubs including an experience in the MFA Premiere League, midfielders Chris Camilleri and Stefan Cassar who were also making a return with Nadur after a number of seasons playing with other clubs, and gave debut to central defender Valero Elkin Serrano, defender Gennaro Hili, midfielder Predrag Dordevic and striker Johan Alberto Castano.  Striker Hugo Santa Rosa Cruz also made his debut with Nadur as he came in as a substitute during the final stages of the encounter.

During the opening stages of the encounter, that was followed by a sizeable crowd at the Gozo Stadium, the two teams were very cautious and play took place mainly in the midfield with few actions at the two ends of the field.  As time passed by Nadur took more command of play and also produce some pressure on Victoria’s rear guard. On 12 minutes Nadur could have opened the score but a strike by Marcelo Barbosa following am personal action was stopped by the crossbar.  On 17 minutes Nadur’s Stefan Cassar had a low shot following a cross by Gennaro Hili that was neutralised by goalie Adrian Parnis and on 32 minutes a close ranged effort by Predrag Dordevic following a corner kick by the same Hili was saved by the goalkeeper with the aid of the post.  One minute alter the Hotspurs operated a prolonged action inside Nadur’s area but Emiliano Lattes had his final shot form a good position that missed the target. Nadur however went again close to scoring on 39 minutes when Stefan Cassar released skipper Shaun Attard inside Victoria’s area but the latter had his shot on the run that hit the crossbar.  On 43 minutes Nadur were awarded a penalty for handling by Jason Pace following a long ranged cross by Daniel Farrugia and Marcelo Barbosa opened the score with his shot from the spot kick.  In the first minute of stoppage time before half time the Hotspurs were dangerous through a free kick from long distance by Elton Da Silva that was well saved by Nadur’s keeper Steve Sultana. 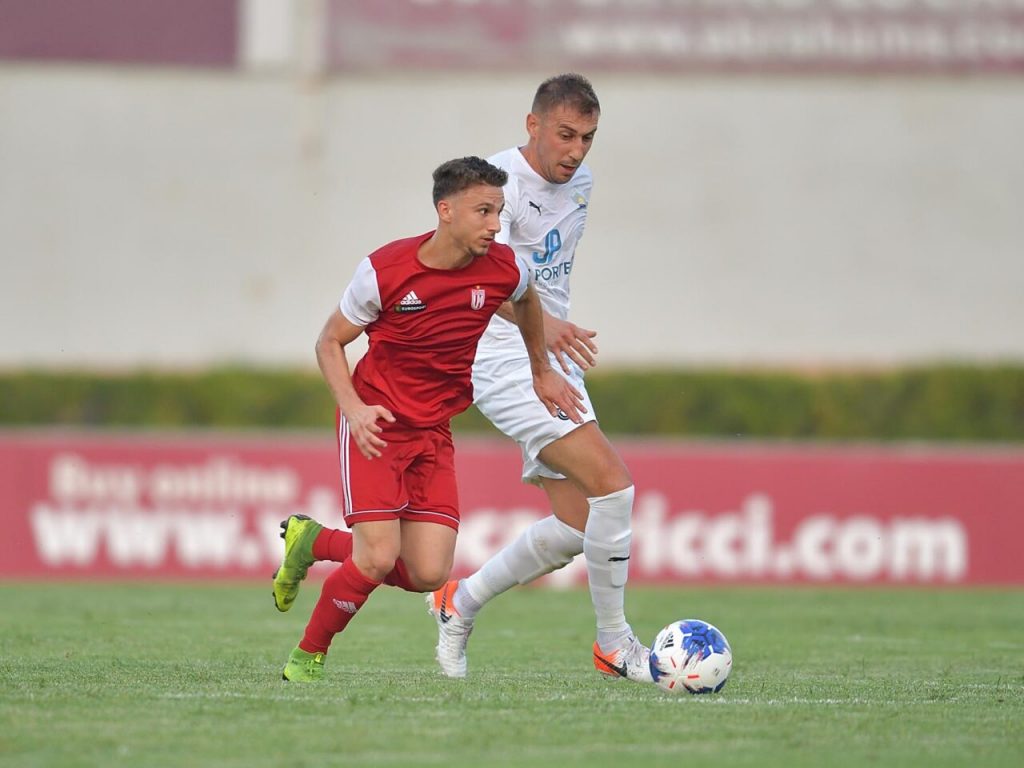 After the break the Hotspurs found it difficult to stage an effective reaction as Nadur kept composure and protected their area with authority.  On 54 minutes Nadur also managed to double the score as Marcelo Barbosa entered Victoria’s area from the left flank and form his low cross Johan Alberto Castano concluded easily with a tap-in.  The Hotspurs seemed demoralized and on 64 minutes Nadur could have added another goal but a good shot by Marcelo Barbosa was partially saved by goalie Adrian Parnis and from the rebound Shaun Attard saw his effort aimed towards an open goal that was cleared form the goalmouth by defence Lawrence Grima.  On 67 minutes Nadur protested for a penalty when Marcelo Barbosa ended on the floor inside the area after avoiding goalie Adrian Parnis who was out of his position. The Youngsters practically made sure of the win with the third goal that arrived on 69 minutes through an excellent curling shot from an angled position by Chris Camilleri that surprised the goalkeeper as the ball hit the post before ending inside the net.  The Hotspurs could have pull at least one goal back until the end of the encounter. On 79 minutes Victoria’s Shaun Bajada had a good strike that was turned to a corner with difficulty by goalie Steve Sultana and four minutes later the Hotspurs were awarded a penalty for handling by Johan Alberto Castano but Elton Da Silva saw his shot from the spot kick that hit the base of the post.  Minutes later Victoria’s substitute Henrique Maciel was denied from scoring the consolation goal with a fine save by Nadur’s keeper Steve Sultana so that the final score remained unchanged until the final whistle.

After the end of the encounter, the match officials and all the players were presented medals and trophies by the Vice-President of the Gozo Football Association Chev. Charles Zammit in the presence of the General Secretary of the Association Mr Tony Grech and the Treasurer of the Association Mr George Cini among the celebrations of the numerous Nadur supporters.