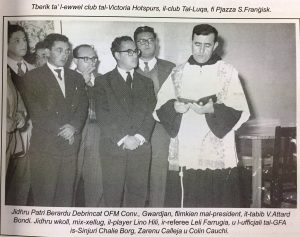 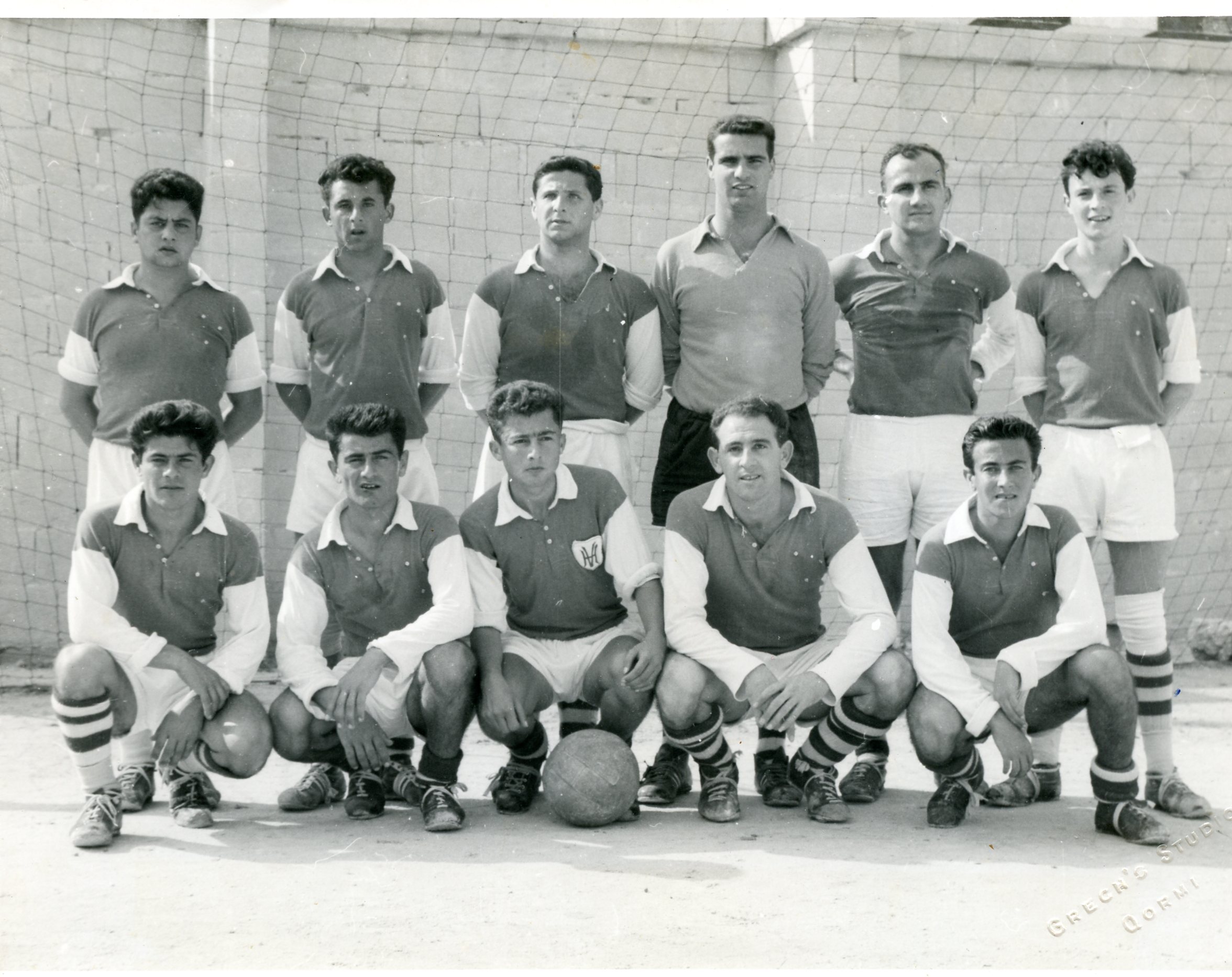 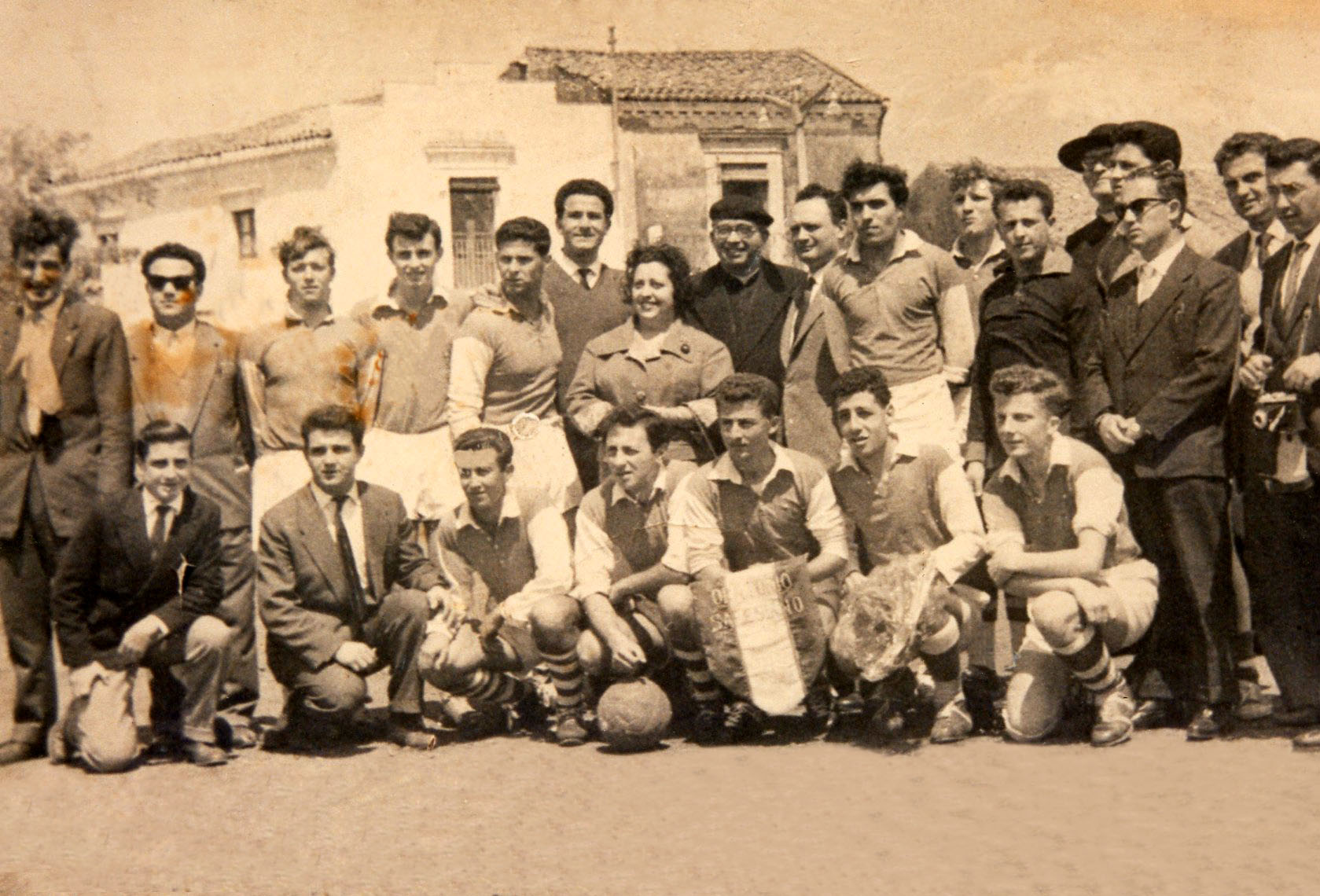 Before the game in San Gregorio in Catania together with the Major and also members of Victoria Hotspurs committee.

The two teams together = Victoria Hotspurs vs Melita Eagles

During this year, on 1st May, Victoria Hotspurs organised their first tour to Catania. Here we played a friendly match against Oratorio Salesiano San Gregorio. The game finished 1-1, where Joe Camilleri was the scorer.

This was the first time that a team from Gozo went to play overseas.

Although a number of regular players did not manage to be part of this tour, the team included three players that later became famous in politics. These were; Anton Tabone (ex-Minister of Gozo and ex-Speaker of Parliament), Lino Debono (ex-PL house member) and Victor Galea (ex-PN house member).