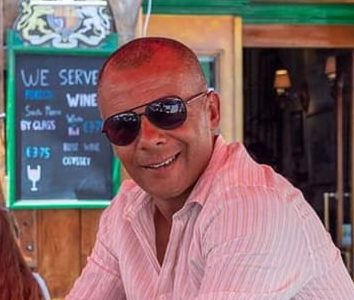 Joining Victoria Hotspurs as the team paramedic only came naturally to me since I am a health care professional who grew up in the Hotspurs stronghold of Tac-Cawla.

My role gradually evolved into that of a Committee member and I am now involved in both the organisational as well as the technical aspect of the club. As a committee member I contribute to the club's strategy and work closely with the players to keep the team performing. Moreover, as a paramedic, I oversee all the medical tests and assist our players in any issue relating to their healthcare.

The club undergoes constant development in order to ensure the highest level of professionalisation and so far this has enabled us to achieve surprisingly positive results. Last year's successes in the GFA BOV First Division League and the Knock Out Competition bears testimony to the good work being carried out.

My humble appeal for all those who wish to become a part of this success is to join our advantageous membership scheme or donate any amount through the crowd funding scheme on our home page. Only your support will keep the silverware coming. 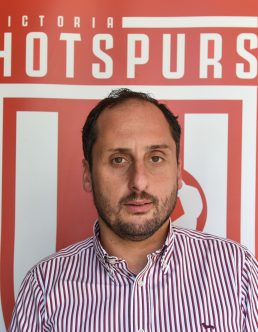 My current position within Victoria Hotspurs is that of ‘Team Manager’. I have been holding this position for the past few years. The role is not an easy one but requires a lot of passion, commitment and dedication. Fundamentally, I coordinate with the club’s President, committee members and synergize with the club’s head coach to attract the best local and foreign players to ensure that Victoria Hotspurs has a competitive team. All this by always respecting the club’s pre-set budgets, aims and objectives. Moreover, throughout the season, I also ensure to help and support all club’s players in the best way possible so as to enhance a family-like atmosphere within the dressing the room.
I have been working within Victoria Hotspurs Football Club since I was 8 years old. I served both as a player and as a coach, a time I still cherish a lot. Today, as Team Manager, I feel proud that together with our beloved President, the committee members and our coaches we managed to assemble one of the strongest teams ever in the history of Victoria Hotspurs FC, with the right mix between local young, experienced, and foreign players. Altogether, we managed to give a new and vibrant image to our club, which in turn helped to re-instill a sense of pride and belonging in all our players towards the club’s glorious and victorious history. After all Victoria Hotspurs Football Club is the team that won most honors in local football.
With the existing unity present within all the club’s structures, I strongly believe that Victoria Hotspurs FC can once again re-write history and reach its prefixed seasonal objectives. Finally, I once again thank our President, Dr. Anton Tabone, all committee members and supporters, who with their great passion, commitment, dedication and love manage to give all our players that extra mile needed to face all adversaries with a winning mentality. As has always been ‘Come on and Believe Reds’! 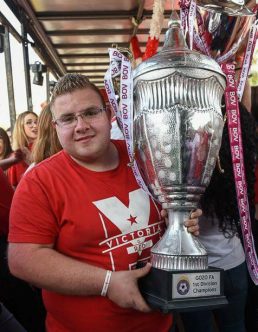 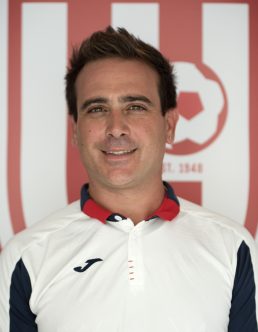 My experience in the Victoria Hotspurs Football Club officially started 4 years ago when I was approached by Mr. Karl Zammit and he encouraged me to join the committee of the best football club in Gozo – Victoria Hotspurs. At first I hesitated a bit due to other personal commitments but later changed my mind and accepted the invitation. Straight away I put my full commitment into the task I will be assigned with. From the very first year I was given the role of Kit Manager and take care of all the needs of the technical staff and the players.

In this short message I would like to thank Mr. Marvin Buttigieg (our hard working Team Manager) for the full support that I always find in him and for the dedication and good decisions he takes for the team. I would also like to show my gratitude towards the technical staff namely; Mr. Gotthard Conti, Mr. Reuben Mercieca, the club paramedic: Mr. Alfred Xerri and all the players.

Last season (2017/18) was truly a memorable season for Victoria Hotspurs. This huge success would not have been possible without the help of our club president Dr. Anton Tabone, who came to our club with a vision and injected a new sense of believe to put Victoria Hotspurs back on top. Dr.Tabone best characteristic is his own way of leadership that unites the whole club. There are no words to express the gratitude for all his hard work and commitment. Two people that I would like to mention are Mr Geoffrey Attard and Mr. George Said, since both of them contributed immensely to the club. The first two years that I served in the committee Mr.Geoffrey Attard was club president. Mr.Attard worked hard towards the best interests of the club and laid the foundations for his predecessor. Mr.Attard played a huge part in last year’s huge success story. Today he still forms an active part inside the committee.

The name of Mr. George Said is synonym with Victoria Hotspurs Football Club. He served the club both as a player and president for a number of years and during his tenure brought huge success, including the 10th First Division League title and the Golden Star for Football Excellence (first team in Gozo to get this award). I would like to thank all the Red Army crew for giving us that extra push, the Victoria Hotspurs City Girls for their help and support, all our sponsors and last but not least all those who support and have Victoria Hotspurs FC close to their hearts.

I’m sure that with the help and eagerness of everyone we can continue to take Victoria Hotspurs F.C forward and put the name of our beloved club amongst the best on the Maltese islands. We just need to believe in ourselves and shout from the bottom of our hearts

WE LOVE YOU VICTORIA HOTSPURS – COME ON REDS. 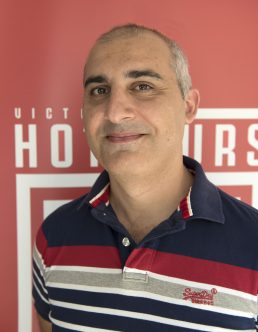 When in late May 2017, Dr Anton Tabone approached me to form part of the committee of Victoria Hotspurs, I was wary and hesitant – we had been together during the fateful years between 2002 and 2006 when the team struggled and had to endure the humiliation of its first ever relegation. However, he persisted and convinced me that this time, it would be a different story altogether. Not only would there be a committee made up of diligent and forward-looking men, but he would personally strive to sign the best local talent and top foreign players. The rest is history since the achievements of Hotspurs during the 2017-18 season will be remembered not only by avid Hotspurs supporters but also, by all who follow the football scene in Gozo.

It is an honour to serve in the committee of Victoria Hotspurs not only because Hotspurs are one of Gozo’s most decorated clubs but also because one is following in the footsteps of men with foresight who set up this club and persisted, often against tough odds, to ensure that its competitiveness. The vision of our President, coupled with the passion of our many supporters, young and old, from different social backgrounds inspires me and fellow committee members to strive for further glory. 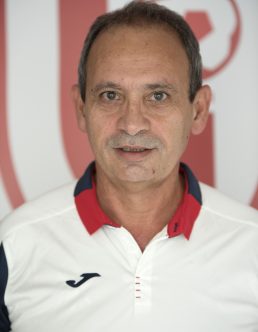 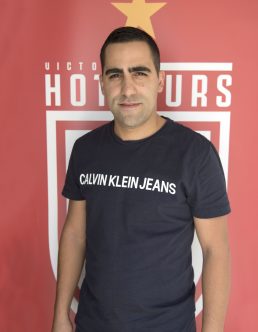 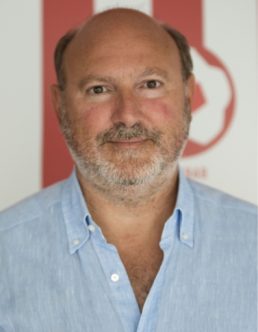